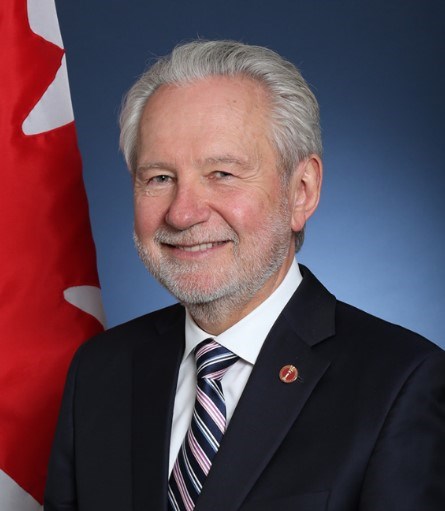 Senator Harder was summoned to the Senate on March 24, 2016 and was named Government Representative in the Senate at the time. He remained in this position until January 7, 2021. He now sits as a member of the Progressive Senate Group and represents the province of Ontario.

Mr. Harder spent 29 years in the federal public service, including an impressive 16 years as Deputy Minister, which included heading the Department of Foreign Affairs and International Trade, Citizenship and Immigration, Industry, Solicitor General, Public Security, and the Treasury Board Secretariat. As Deputy Minister, he oversaw the legislative process of countless bills and has appeared before standing committees of the House of Commons and the Senate.

From 2003-2007, he served as Personal Representative of the Prime Minister (Sherpa) to three G8 Summits. He is an expert on Canada-China relations and was elected President of the China-Canada Business Council in 2008.

He is active in his community and is a recipient of numerous awards, including the Public Service Outstanding Achievement Award and the United Way Community Builder Award.

He chaired the United Church of Canada Foundation and the Commonwealth Games Foundation. He has provided his time to several organizations and is currently involved with the National Arts Centre, the Glenn Gould Foundation, the Canadian Global Affairs Institute, the Institute for Research on Public Policy, and the Advisory Committee on the Ukrainian Jewish Encounter. He was also the Royal Bank visiting Chair on Women and Work at Carleton University.

Close
What are you looking for?